Satellites, satellites and more satellites. There is no denying humans have launched plenty over the 64 years since the first artificial satellite, Sputnik 1 was launched off into orbit in 1957. After only three weeks, its mission came to an end when the batteries on board ran out. A lot has changed since then from technology to materials, and size.

But just how much?

With the connectivity of global communications as a result of the internet, artificial satellites have boomed. Humans are more connected than ever before with an approximate 35 billion devices currently part of IoT (internet of things). It is forecasted to surpass 50 billion devices by 2030 of IoT connected devices. This is anything from your smart watch to self-driving cars. This figure is only set to grow.

Satellites have played a fundamental role in this connectivity where the many types of satellites provide data acquisition, research, telecommunications, safety and weather forecasts, navigation, business insights, environmental monitoring and defense. In the last two years alone, the space industry has seen a rapid increase in satellite launches.

Quick Facts – The smallest satellite launched can fit in the palm of your hand!

How many satellites are in space?

In total, according to the United Nations Office for Outer Space Affairs – there are approximately 7,400 satellites in orbit. About half of these are active and the other inactive. Up until about 2010, around 70 – 100 satellites were launched yearly. That figure started to rise dramatically with the year 2020 surpassing 1000 new satellites in one year. However, 2021 is by far the winner. A total of 1,400 satellites were launched this year alone and there have been numerous organizations announcing their satellite constellation launches over the new few years.

Why the sudden increase in satellite launches?

Technology has never been more abundant than the now. Communication demand to bring faster internet and accessibility to people across the globe is a driving factor. The development of smart cities where the world of IoT and AI is also booming. As is observing Earth in greater detail to understand our planet. Through research we are able to improve current Earth practices, while also providing valuable insights for beyond Earth exploration. Satellites play a major part in all of these developments.

Another interesting reason as to the increase in satellites is a simple matter of size. Rockets of today are more powerful than ever before and can carry greater payloads while satellites are getting, well, smaller.

In broad terms they are satellites created smaller in size, at a lower cost of labor with a shortened development time to manufacture. There are some varying standards that are required in order for a satellite to be called one of the above names such as mass or shape.

Here is a quick guide on satellites defined on mass:

Picosatellite: Between 100g and 1 kg

It generally takes around 7 – 15 years to develop medium to large satellites, whereas smaller satellites take anywhere from a few months to just 2 years. Think of it like your iPhone update, but for satellites. As our technology advances quicker than 7 – 15 years, newer technologies can be deployed for action faster than ever before through small satellites. With less mass and less time to manufacture, more of them can be launched via rockets.

What’s on the horizon for small satellite technology?

Some of the latest developments in smaller satellites are called femtosatellites. Think, mother ship and her children and you’re getting pretty on point. These types of satellites are the result of nanotechnology and have a mass of below 100g. Many of these chip-like satellites (also known as sprites), require a larger mother satellite and are generally short lived. Meaning they re-enter the atmosphere after a set amount of time due to lack of self-propulsion and burn up quickly.

In 2019 the shoebox sized spacecraft KickSat-2, released over 100 femtosatellites from the ISS. This type of nanotechnology is being developed to enable exploration of other planets and solar systems at both reduced costs and launch payloads. For back here on Earth, these types of satellites can orbit the mesosphere to record atmospheric data for a variety of purposes. Currently the mesosphere is too low an altitude for the larger satellites however too high for airplanes rendering it a less occupied layer of our atmosphere – hence perfect for the femtosatellites to record data in peace. Watch this video to see how the femtosatellites are deployed in space.

With other technological advances from reusable rockets to wooden satellites, sustainable rocket fuel to laser communications – there is a lot of new developments happening in the space realm.

Keep up to date with us at Geoimage to stay informed of what the future holds, as it sure looks to be an interesting space (pun intended). 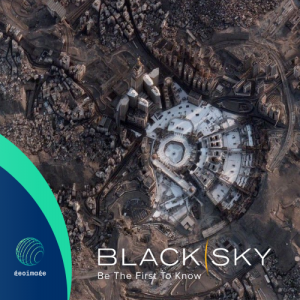 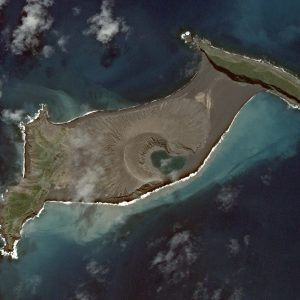 Eruption Captured of Tonga Volcano with Satellite Imagery Described as one of the most violent eruptions ever caught on satellite, the recent volcano named Hunga 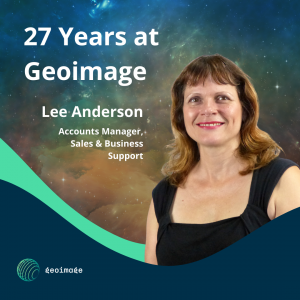 27 Years at Geoimage with Lee Anderson

Today Marks 27 Years at Geoimage for Lee Anderson That’s right, 27 years. Lee is our Accounts Manager and part of the Sales & Business