Surface Movement Monitoring (SMM) services such as InSAR detect, measure and monitor the velocity of changes in the Earth’s surface. Geoimage has licensed access to archived satellite imagery from a suite of integrated databases or can task fresh captures of satellite imagery which form the analytics platform for SMM services. SMM offers powerful insights for technical and management teams across a range of industry sectors particularly in infrastructure, mining & exploration, insurance and asset management.

InSAR is a specific technique that uses RADAR data to calculate very small changes in ground surface movement. Traditionally, InSAR has been used in Europe, North America and Asia for monitoring landslides and the impacts of infrastructure projects (such as tunnels) on urban environments.

Over the past two years, industries such as the mining and exploration industry have seen the benefits of applying a satellite-based method to their business practices. InSAR for surface movement monitoring can compute changes of a few mm over a variety of cases, particularly in remote areas.

The benefits of InSAR are:

Figure Below: Satellite imagery of an AOI over Brazil, illustrating a colour coded representation of vertical movement velocity. 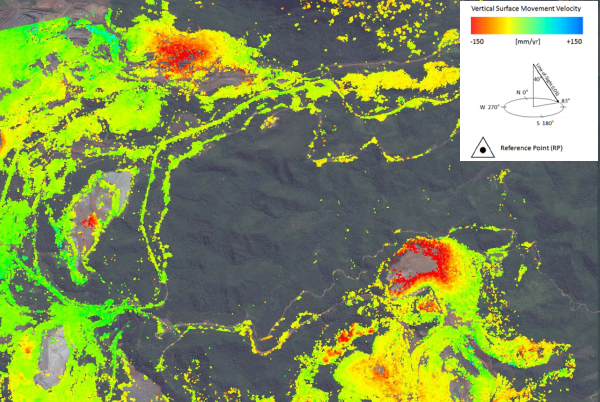 The figures below show screenshots of Geoimage’s atlasTSF with high resolution imagery overlaid with InSAR data captured over the Cadia Mine in January and February of 2018, a month before the breach of the tailings dam wall.

The InSAR data is colour-coded to show subsidence as red and uplift as blue with a spanning range of colours representing velocity in mm/year (the standard metric used for InSAR results).

Figure Below: Before Cadia Mine TSF collapse 2018 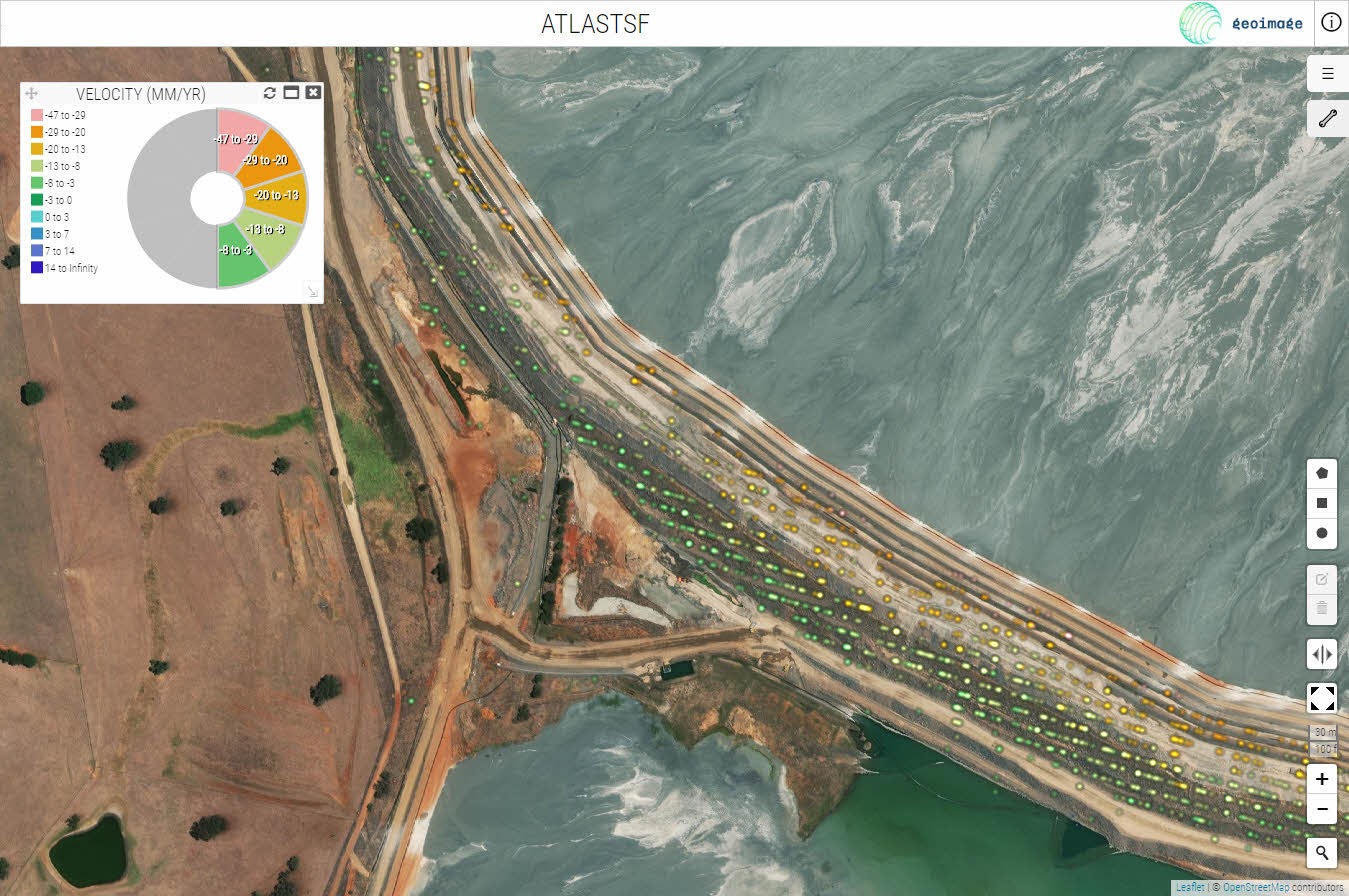 Figure Below: After Cadia Mine TSF collapse 2018 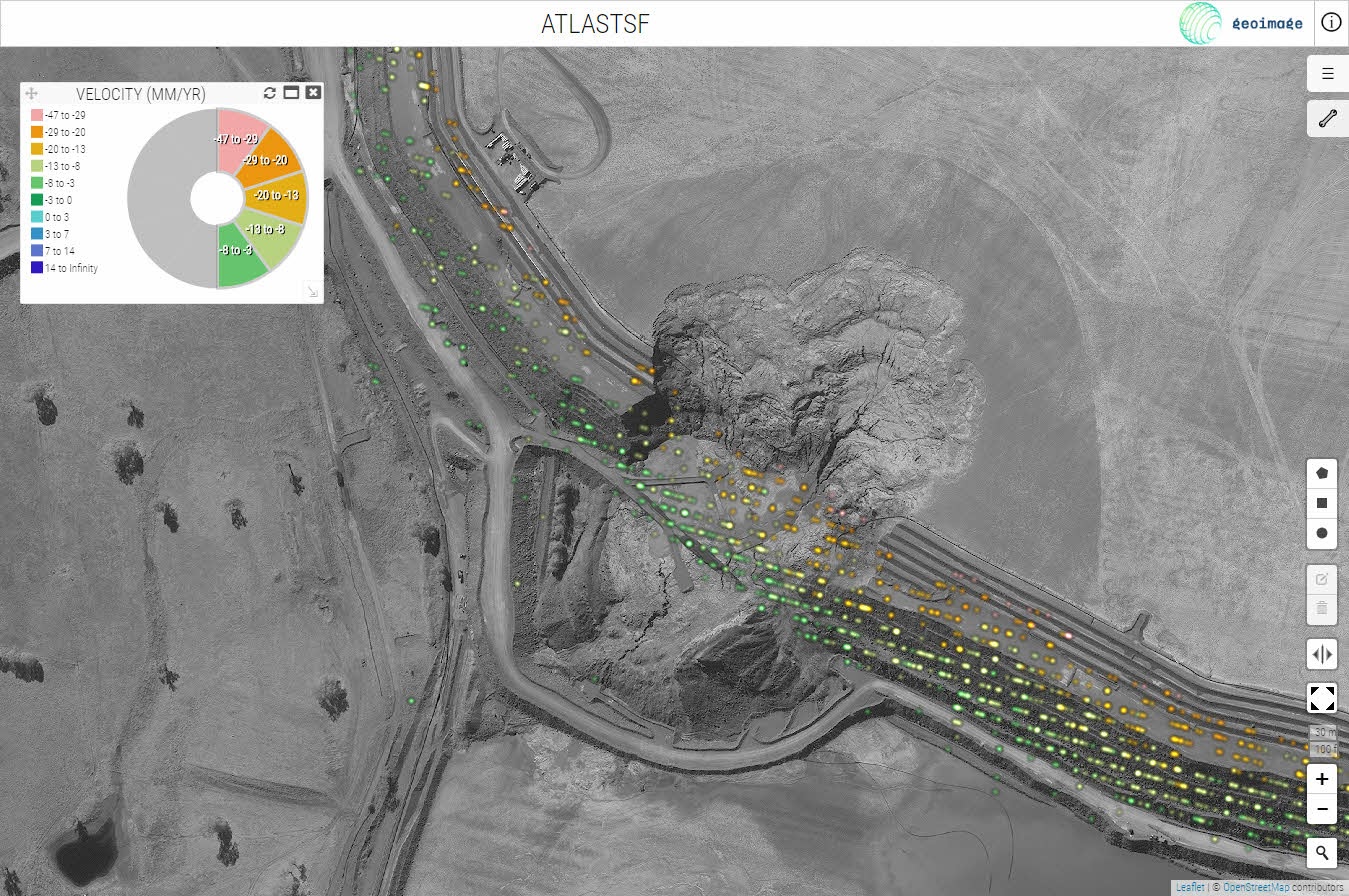 Geoimage was approached by the research team at...
Click Here

Albatross are a species of large seabird found in predominantly the...
Click Here

Prof. Andrew Robson, researcher at the University of New England has...
Click Here