Landsat 8 was launched by NASA on 11th February 2013 from the Vanderberg Air Force Base in California and is the latest satellite of the Landsat Program.

The joint Landsat Program of NASA and USGS (United States Geological Survey) sees the launch of Landsat 8 as the continuation of 45-plus years of global data collection and distribution since the first Landsat satellite was launched in 1972. The data from the program constitute the longest continuous record of the Earth’s surface as seen from space.

Landsat 8 will ensure the continued acquisition and availability of Landsat data with instruments that will collect image data for nine shortwave bands and two longwave thermal bands.

Landsat 8 differs from its predecessor Landsat 7 which carried the ETM+ sensor through the addition of 2 new spectral bands. These new bands include: Coastal Aerosol (band 1), designed to investigate water resources and coastal zones, and Cirrus (band 9) a new infrared channel for the detection of cirrus clouds. The data and radiometric quality is a marked improvement at 12-bits in comparison to previous Landsat instruments at 8-bits. Within one day Landsat 8 will have collected 400 scene and have placed them in the USGS archive to become available within 24 hours of acquisition. 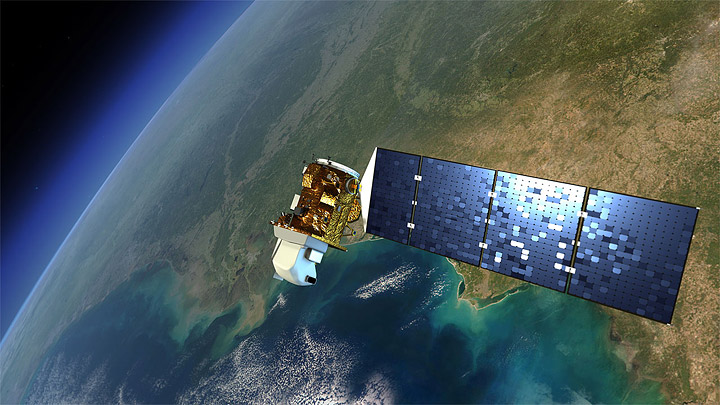 Uses of the New Bands

Coastal Aerosol band (band 1) allows closer investigation of atmospheric aerosol concentrations, as well as coastal waters relative to MODIS and SeaWIFS sensors. Cirrus band (band 9) is designed to provide a more comprehensive detection of cirrus cloud contamination that may not be visible in other spectral bands. In addition, the use of the cirrus band will allow for improved cloud masking and haze removal processing techniques important over tropical and sub-tropical environments.